The History of the House

Hermanus’s great-granddaughter Anna married John J. E. Vreeland, another descendant of the original Acquackanonk Patentees. John was a skilled mason and between 1815 and 1817 built the home that still stands today.

The Vreelands sold the homestead to the Van Riper Family, who in turn sold it to the Quinns in 1842. Over the next fourteen years, the homestead was owned by a number of families.

In November of 1856, Henry and Margaret Hamilton bought the house and the surrounding 96 acres of land. Here, they raised their children, Susan, Bridget, Margaret, and William.

Almost as soon as the family was settled, the Hamiltons’ property became tangled up in the frenzied Great Pearl Hunt of 1857. A Paterson shoemaker named David Howell took home a “mess of mussels” from the Great Notch Brook, which partly wound its way through the Hamilton homestead. Whilst frying the mussels in grease, Howell realized that one shell held a pearl. Had the luster of this 400-grain pearl not been ruined by the hot grease, it would have been worth close to $25,000 in the currency of the time.

Naturally, when word got around this find sparked the hunt for freshwater pearls and, in one year alone, $15,000 worth of pearls were sold on the New York gem market. This included a 93-grain pink pearl found by Jacob Quackenbush, a Paterson carpenter. Charles L. Tiffany, the New York gem dealer, bought it for $1,500 and sold it to a French dealer for 12,500 francs. Eventually, this pearl made its way into the possession of Empress Eugenie, wife of Napoleon III, and became known as “Empress Eugenie Pearl.”​

Luckily, life at the Hamilton homestead was not always so dramatic and the family soon settled into the routine of life on a farm. Having started the first regular milk route in Paterson, Henry and his son William built a brick platform into the spring house to provide a cool place for storing the milk. As it is with any farm in the nineteenth century and earlier, the Hamiltons were self-sufficient. They made many items by hand, including wash tubs and butter bowls.

Margaret and her daughters, Bridget, Susan, and Margaret raised a large garden, growing fruit and vegetables like berries, quince, currants, asparagus, green beans, tomatoes, green onions, cucumbers, and more. They canned fruits and vegetables, made jelly, pickled vegetables, baked pies, traded extra apples to turn barrels and barrels of apples into cider and made their own vinegar. What they did not eat, they transported to markets in Newark and occasionally New York to sell.

When Henry and Margaret passed away, the dairy business was passed on to William and the house and acreage were left to Bridget, Susan, and Margaret. The sisters made their own changes to the homestead during their lives here. Upon their passing, the house and acreage reverted to William’s children and became the home of his daughters Clara, Addia, Laura, and Emma, and their son Harry. 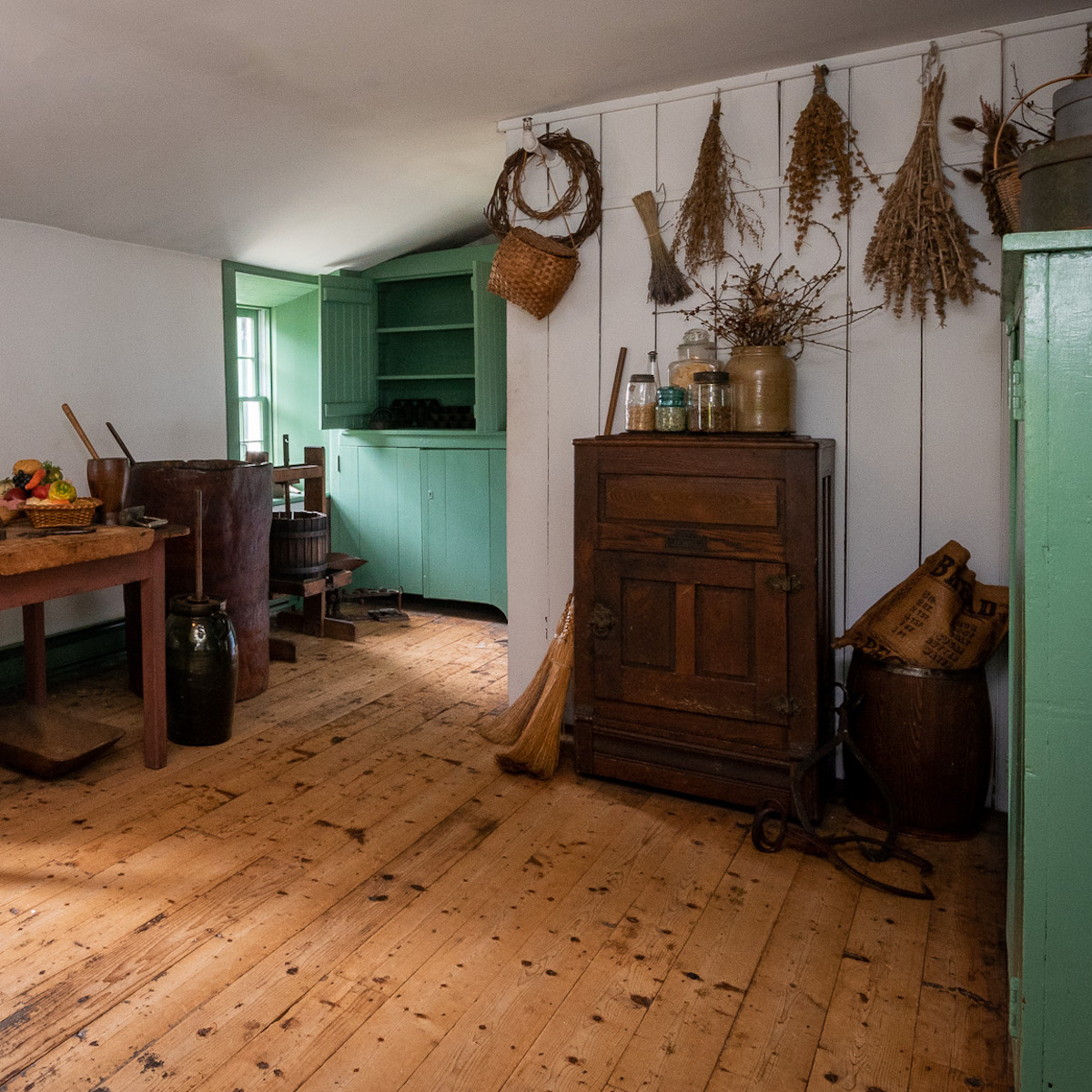 The Hamilton-Van Wagoner homestead was originally part of a large area of land purchased from local tribes in 1679 by fourteen Dutch families. This acreage was called the Acquackanonk patent and extended from the Passaic River to Garret Mountain and from the Montclair boundary to Paterson Falls. Today, the cities of Passaic, Clifton, and Paterson occupy most of this land.

The precursor to the Hamilton-Van Wagoner House existed on a part of that land as early as 1740. It was built by Hermanus Van Wagoner, a descendant of one of the original Acquackanonk Patentees. This early structure was probably only a small one-room building. In time, the homestead was passed down to Gerrit, Hermanus’s son, who in turn left it to his granddaughter, Anna. 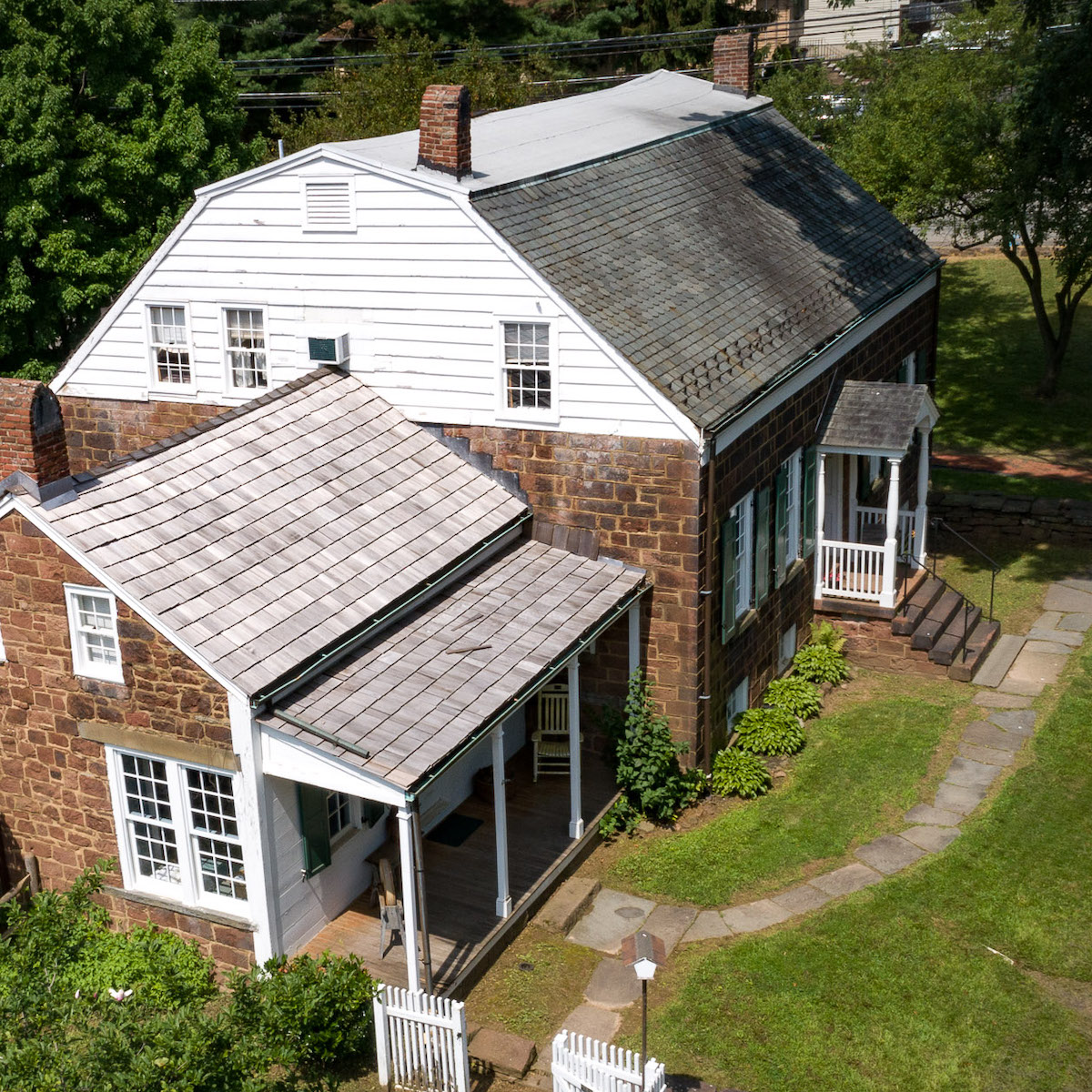 Harry Hamilton, grandson of Henry and Margaret Hamilton, passed away in 1972. At the request of the newly formed Clifton Historical Commission, the new owners gave the house to the City of Clifton, provided that the house be removed from the original site.

In the autumn of 1973, the house was moved to its present location in Surgent Park and its preservation was entrusted to the Hamilton House Restoration Association. The house was opened to the public in 1976. In 1982, the Hamilton-Van Wagoner was entered on the New Jersey and National Register of Historic Places.