The Great Paterson Fire of 1902: The Story of New Jersey’s Biggest Blaze 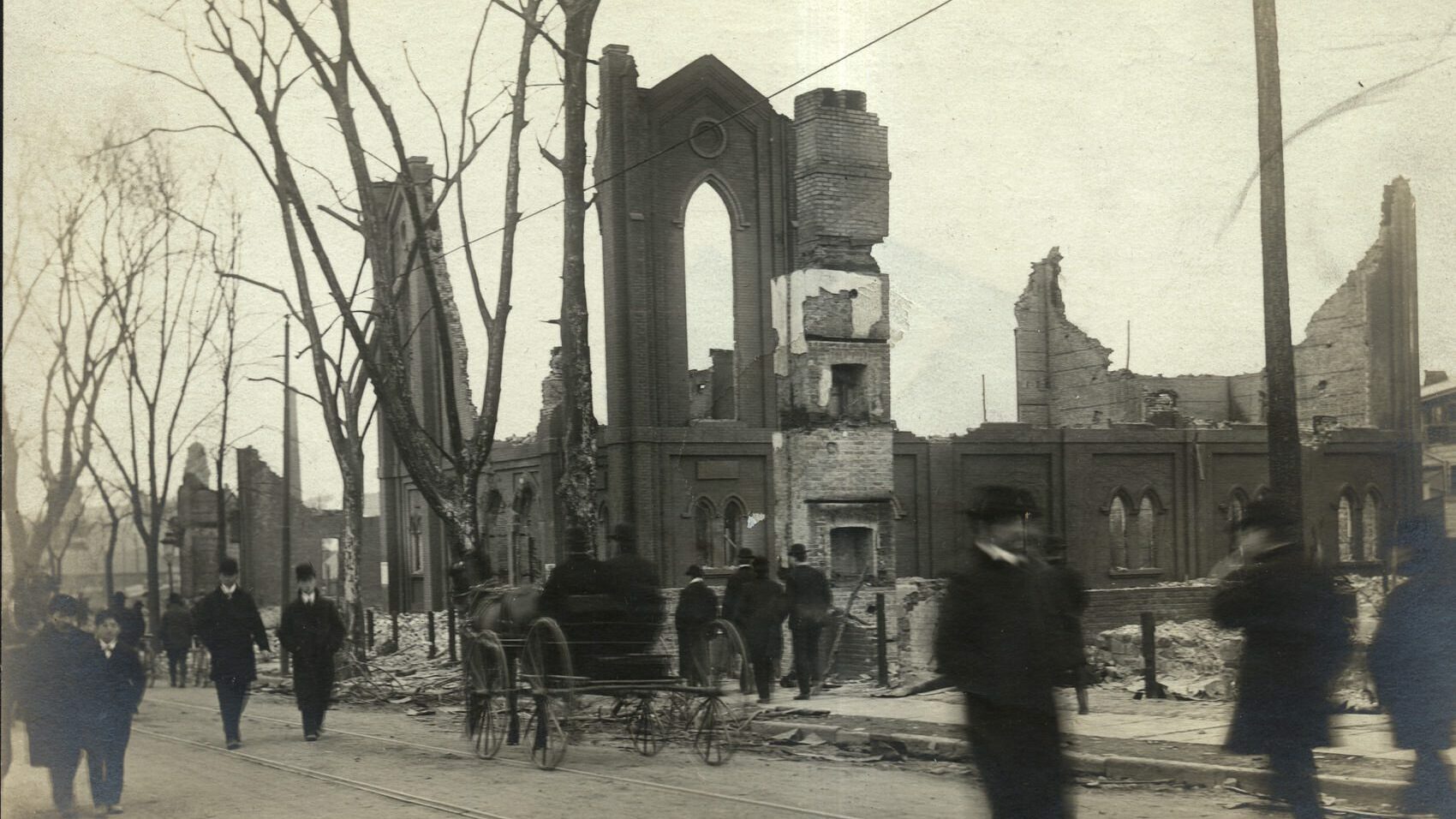 The Paterson Museum Foundation invites you to join us on Zoom on Tuesday, December 21st at 7pm for the next presentation in our historical lecture series, The Great Paterson Fire of 1902: The Story of New Jersey’s Biggest Blaze, presented by Professor Glenn Corbett.

The Great Paterson Fire occurred on February 9th, 1902 shortly after midnight. It consumed nearly 500 buildings, devastating the downtown and Sandy Hill areas of the Silk City. Two lives were lost and several people were injured. It is estimated that the monetary loss of the Great Fire was nearly six million dollars. It stands today as New Jersey’s largest fire.

Attendees of the webinar will be transported back to the turn of the 20th century, a tune of great economic prosperity and desperate urban squalor in America’s “Silk City.” Professor Corbett leads attendees along the path of the Great Fire in the context of a rapidly growing city dealing with a growing immigrant population and an active international anarchist movement.

This lecture will be presented virtually, via zoom. The lecture is free of charge, but donations to the Paterson Museum Foundation are requested. Donations can be submitted via paypal or check. For more information on the program, or to obtain the Zoom link, please email events@patersonmuseumfoundation.org.